Wish Upon a Star

It is said that the Incas did not focus on the stars at night. Instead of pointing out twinkling celestial bodies and joining up the dots to make constellations, they found meaning in the dark patches of the night sky. For them, a pool of blackness immediately below the Southern Cross was the head of a snake; a dark wavy serpentine tail coursed through what we call the Milky Way. Even more powerful were the black patches representing a mother llama with a baby; the mother’s eyes – the only bright part of the image – are the stars Alpha and Beta Centauri.

Nearly a thousand years later, Alma – which stands for the Atacama Large Millimeter/submillimeter Array, but also means “soul” in Spanish – is also looking into the darkest recesses of the universe. This telescope, which was inaugurated in 2013, is not pointing at stars but at the clouds of dust and gas in between where it detects faint radio signals and gathers data about the birth and evolution of planets and stars.

With its high-altitude plateaus, clear skies and low humidity, Chile is the ideal place for astronomy; as well as Alma, it has most of the world’s most powerful ground-based observatories. Chile even has laws against excessive light pollution “to preserve our darkness, our national heritage”, as one guide explained.

It is a joy to look up at the night skies here, even with only a naked eye. I barely had enough wishes to keep up with the number of shooting stars I saw. Even close to the horizon, constellations are clearly defined. The Milky Way is so bright that during a new moon it can cast a shadow.

My journey began in the capital, Santiago. In the mountains on the outskirts is the Andean Astronomical Observatory. The site has three night-time telescopes, and three solar telescopes with filters allowing observations of the sun. Our guide, Simón Andrés Ángel, a fifth-year astronomy student, brimmed with enthusiasm. “Why did I choose to study this field?” he asked. “Because there is nothing bigger that you can do than delve into the mysteries of the universe.” 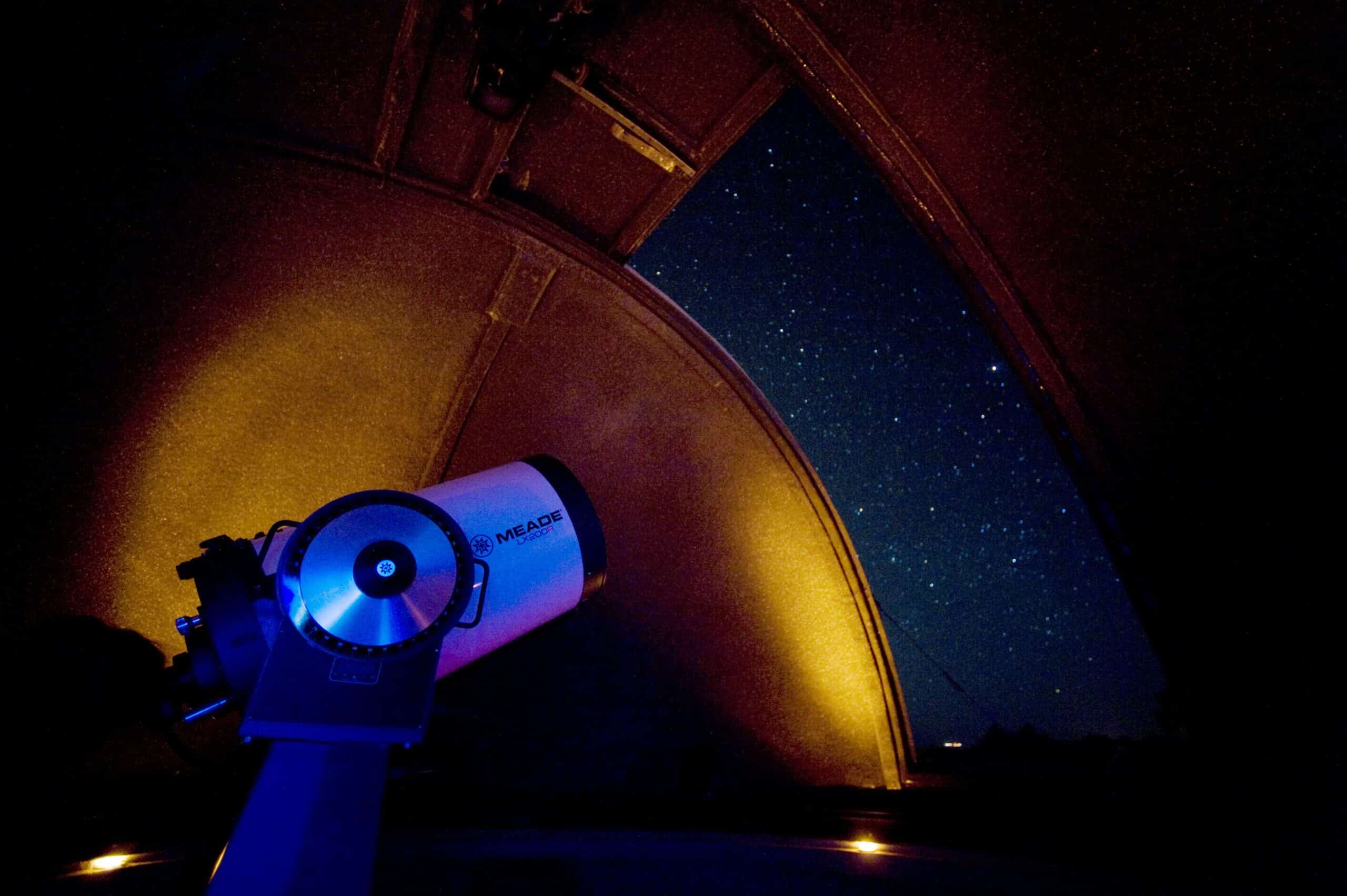 Farther north the Elqui Valley is home to the oldest astronomical centre in the southern hemisphere: the Cerro Tololo Observatory, founded in 1965. It is open to the public only during the day, so visitors may come and see the instruments but not the staff at work. To travel halfway around the world to look at some big machines may sound extreme or extravagant, but it is not only geeks who will wonder at the design and engineering feats here. Astronomers at Tololo are using one of the world’s most powerful sky-mapping cameras to locate thousands of supernovae and tens of millions of galaxies; every night the supercomputers must store 30 terabytes (30 trillion bytes) of imagery. The mind boggles.

Other astronomical tourist attractions in the Elqui Valley are open at night. At Mamalluca Observatory, visitors can look through optical telescopes to see nebulae and clusters, such as the well-named “Jewel Box” of about 100 red, blue and white stars. The less elegantly named NGC 5139 contains millions of stars, and is the brightest and biggest known cluster in our galaxy. Through a telescope its immeasurability resembled a dandelion puff.

Even farther north, Paranal is home to the Very Large Telescope Project operated by the European Southern Observatory. Again the public can visit only by day. They will see four huge telescopes as well as the award-winning architecture of the Residence, a subterranean space where scientists live and work. The domed interior is filled with tropical plants to rehydrate the workers living in this dry climate and at this high altitude. The site here was “blown up” in the film Quantum of Solace, but it’s even more impressive intact.

I spent much of the night talking to scientists, whose brain power seemed to peak when mine was waning. “We are working non-stop,” a staff astronomer, Dimitri Gadotti, told me. “A groundbreaking paper is being written every few days – and that’s for each telescope.”

Dr Avril Day-Jones, visiting from Britain, told me that interest in astronomy was increasing. “In the old days it was all about UFOs and God. People used to think I was an astrologer. Now I have people ask me about black holes and comets.”

Excitement has recently transferred to Alma, high on the Chajnantor plateau in the heart of the Atacama Desert. At 16,500ft above sea level, 66 high-precision antennas, which resemble dishes, come together to act as a single telescope. Their high resolution and sensitivity allows scientists to search the very edges of our known universe shortly after the Big Bang.

The technology is complicated but that does not make the goals of Alma difficult to understand. “I think astronomy is one of the very few sciences where the lay public have the same questions as the professionals,” says Pierre Cox, Alma’s director. “Astronomy is fascinating because [anyone] can look at the sky and wonder.” 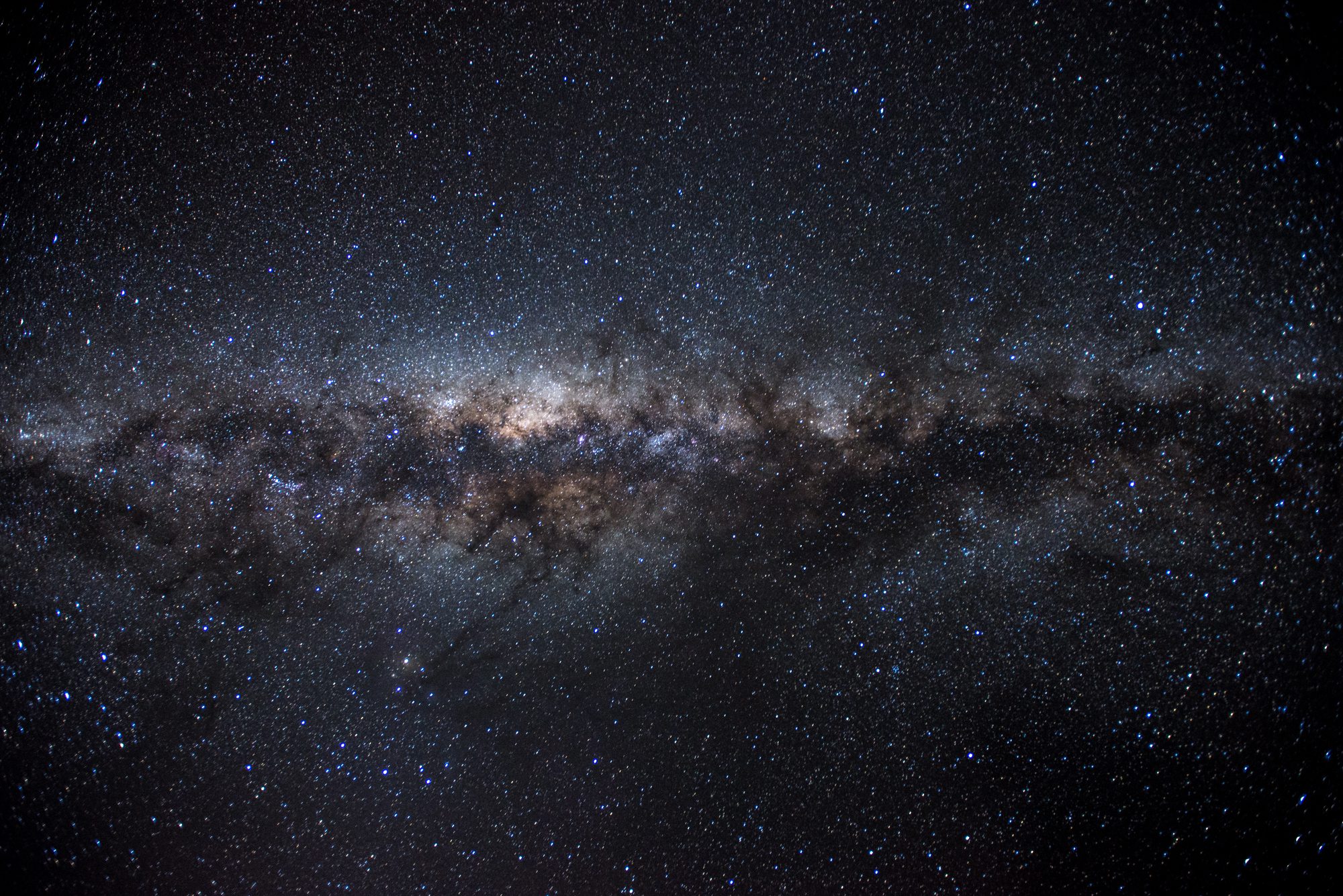 Opening hours may change depending on the season.

Andean Astronomical Observatory
Just outside of Santiago, this is a great primer for both amateur astronomers and casual stargazers. Tours can be in English and include snacks, wine and transport from and to your hotel (the observatory is 45 minutes’ drive from the centre). Mondays, Fridays and Saturdays (8pm in winter; 9pm in summer).

Cerro Tololo
An hour’s drive from the town of La Serena, Elqui province, this is one of Chile’s oldest observatories and has eight telescopes and a radio telescope. Guided tours in English are offered every Saturday during the daytime, they last two hours and are free. There are limited spaces, so you need to reserve several weeks in advance. Close by is the Gemini observatory, which does not offer scheduled public tours but can accommodate teachers or students working in astronomy.

Mamalluca Tourist Observatory
Outside Vicuña town, also in Elqui, guided tours In English begin after dark with the aid of the site’s 13 telescopes. Tours are offered year-round starting at 8pm in winter and 9pm in summer.

Paranal
South of the city of Antofagasta, 8,250ft above sea level, this is the site of the Very Large Telescope Project, one of the world’s most important optical telescopes and centres of astronomical research. Visits are on the last two Saturdays of each month and free of charge.

Alma
Costing more than US $1 billion, this telescope – a joint venture involving Europe, North America and East Asia in cooperation with the Republic of Chile – is a short drive from San Pedro de Atacama. It can be seen from various vantage points in the region. It is open for public visits during the daytime on Saturday and Sunday. Pre-registration is required.

Atacama Hotels
There are observatories at some hotels in San Pedro de Atacama, including Dehouche favourites – Explora and Alto Atacama. With the help of the powerful telescopes, the guides will point out Jupiter and its moons, Saturn and its rings, and the magical swirls of the Orion Nebula, one of the Hubble Telescope’s favourite subjects. This is an unmissable activity on any trip to Atacama.

Late summer (March and April) and early autumn (October and November) usually have the clearest skies and fewest tourists. Avoid visiting during the full moon in order to see the most stars.

Michelle Jana Chan is an award-winning journalist and editor of Vanity Fair on Travel. She also writes regularly for Condé Nast Traveller, the Telegraph, Travel+Leisure, the Wall Street Journal and the Financial Times. Her debut novel, “Song”, was published by Unbound in 2018.