A sublime symphony of rainforest, rocks and sweeping Atlantic beaches, Rio de Janeiro’s is the face with which Brazil dazzles the world. But the carnival city was eclipsed in the modern power stakes by Sao Paulo, Latin America’s industrial dynamo – and their culinary trajectories long followed suit. Waves of immigration from as far afield as Japan and Italy fuelled a fantastically diverse gastronomic scene in Sao Paulo, while Rio – Brazil’s old colonial capital – rested on its laurels, a regional byword for stodgy bar snacks flogged at the hole-in-the-wall joints poetically known as pé sujos – literally “dirty feet”.

Recently, however, Brazil’s most beautiful city has been getting easier on the taste buds too, with a sensational new wave of creative street food stalls, fine dining restaurants and beach bars that are, at last, worthy of the world’s most breathtaking urban seafront. Rio is now a foodie destination worth crossing an ocean to explore – deep, diverse and delicioso.

British travel journalist, Tom Yarwood, gives us the lowdown on four of his favourite places to eat in Rio. 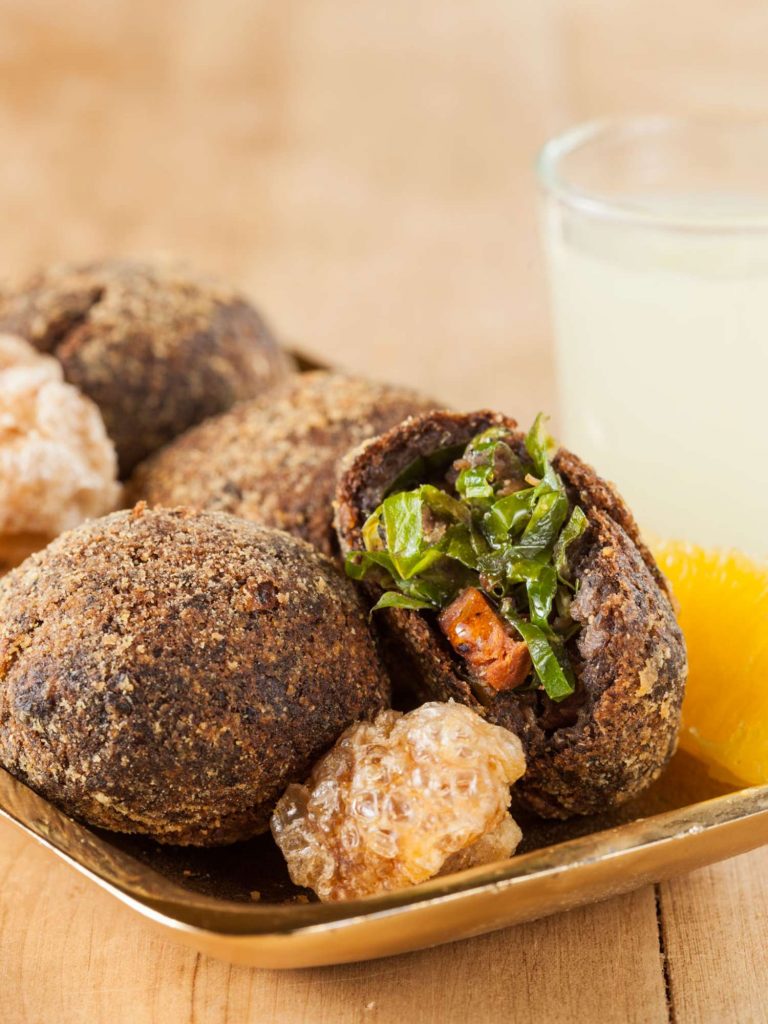 Far from the tourist hotspots of Ipanema and Copacabana, this family joint in suburban Praca da Bandeira is the neighbourhood restaurant of choice for several of Rio’s most famous cooks, including Claude Troisgrois and Roberta Sudbrack. Chef Katia Barbosa specialises in the African-inflected dishes of Brazil’s north-east – notably moquecas and bobós, seafood stews heavy with dende oil and coconut, and sharp with chilli and lime. But she also reimagines them playfully in the form of classic Rio de Janeiro bar snacks. Best-known of her unique jeux d’esprits is the bolinho de feijoada – the ubiquitous Brazilian bean-and-pork slop, here buttoned up in neat falafel-like balls, each spilling salty, shiny kale and completed by a sweet sliver of orange and a spine-tingling swig of artisanal cachaca.

Slow-creaking ceiling fans and cracked azulejo tiles lend this tiny Amazonian cafe bar an air of faded, post-rubber-boom glory. Principally serving immigrants from Belem – a city at the mouth of the great river, as far from Rio as Moscow is from London – it offers authentic local takes on the singular tropical ingredients at the heart of Brazil’s trendiest metropolitan haute cuisine. Tacacá itself is a citrussy and sour prawn soup swimming with tongue-numbing jambu leaves and concealing an unnerving, elephantine glob of clear, snot-like tapioca gloop. Equally invigorating is açai, the super-fruit mash that’s a craze among Rio gym bunnies, here served in its traditional

Amazonian form – free of guaraná; smooth, not crunchy with ice; and with bracingly bitter cocoa notes set off against its seductive sweetness. 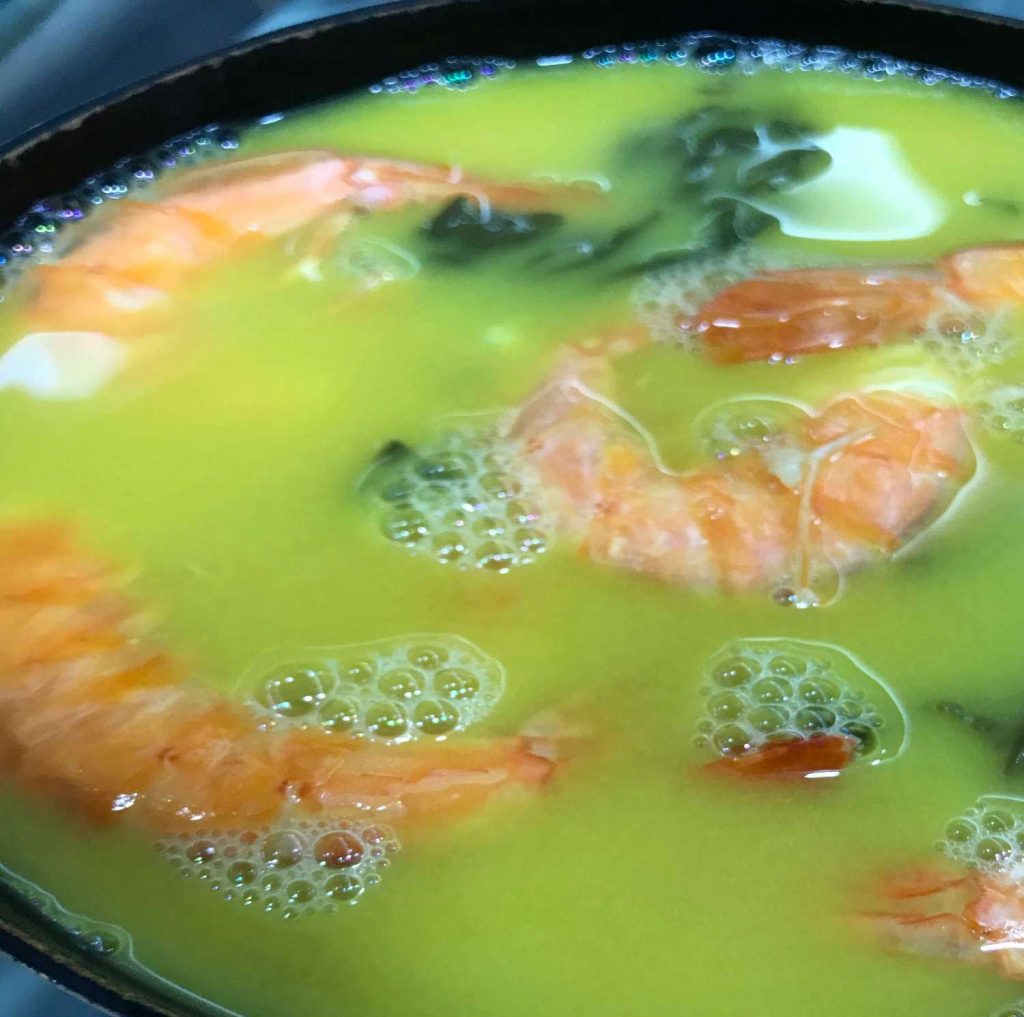 Rio’s people are traditionally red in tooth and claw – feeding communally each weekend at the churrasco grill and on pork-laden feijoada stew – so Daniel Biron’s chic new vegan joint on a shady Ipanema side street represents a radical departure for the city. A former product designer, the chef has eschewed hippy clichés in the interiors in favour of Bahian beach-club cool (reclaimed timber and stripy fabrics made from recycled plastic bottles) and industrial touches recalling Rio’s CADEG wholesale market. His cuisine is international, fusing trends from London, New York and Tel Aviv with Asian influences and Brazilian staples (try bolinho de bailao de dois, a dish of delicately smoky bean cakes from the neighbouring state of Minas Gerais). But what really sets the restaurant apart are his close relationships with local organic smallholders. From impossibly meaty palm hearts to creamy cashew cheeses and peppery indigenous salad leaves, eating here is like a tasting tour of the wild green hills that embrace the city. 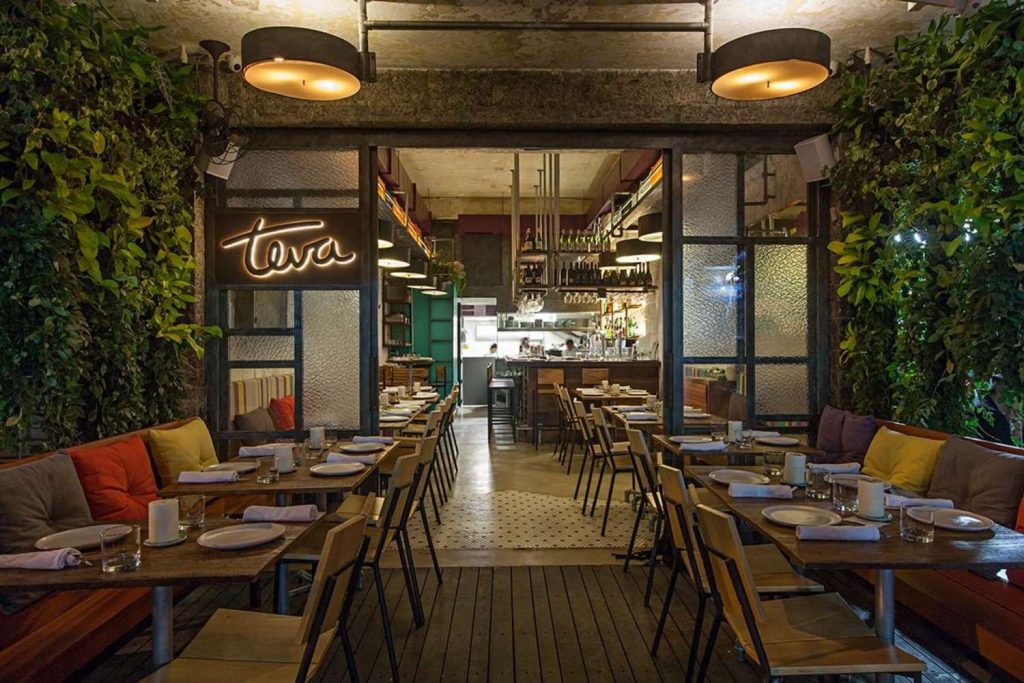 A graduate of Nobu and Le Bernardin, Felipe Bronze is the wunderkind of Rio’s fine-dining scene, and Oro is his principal playground – a hushed and intimate temple of molecular gastronomy that’s infused with humour and joy thanks to his lifelong preoccupation with local street food. Infused, too, with plenty of smoke – from an Argentine parilla and a Japanese yakitori grill, as well as a wood-fired oven. An 18-course tasting menu includes five tiny, exquisite dishes made with a variety of local spuds – a “baroa” potato in coffee, purple potato gnocchi with brazil nuts, a sweet potato served with orange and toasted bottarga, and so on. The climax is a tiny but irresistibly unctuous pork-and-pineapple burger perched atop a comically towering wooden plinth – a fanboy’s tribute to Cervantes, the beloved Copacabana bar that has been serving the same, in much grander dimensions, to hungry office workers since 1959.

Five of the best Brazilian ingredients

Acai – A dark berry, rich in antioxidants, that grows on Amazonian palms

Cachaca – the most versatile of Latin America’s sugar-cane spirits

Jambu – or Acmella oleracea, a tongue-numbing herb native to the Amazon

Maxixe – a spiny relative of the cucumber, often cooked together with okra

Jabuticaba – a sweet, grape-like fruit that grows directly out of the trunk of a native tr